The various stakeholders in the energy sector: who does what?

Supplier, system operator, regulator… There are a lot of business lines involved in the energy sector! So let’s have a look at them to understand their roles.

Since 2012, it has never been easier to change your electricity and gas supplier. Private consumers are no longer obliged by their contract validity period and can cancel it whenever they wish, without paying a penalty fee. In addition, all administrative procedures are undertaken by the new supplier!

However, you may be surprised to see that your bill contains amounts unrelated to your chosen supplier: transmission and distribution costs. This means that if they increase, so will your bill. And there will be nothing you can do.

This article will help you discover what is behind each price billed and understand better how the energy market operates. So how do the stakeholders of the energy sector eventually influence your household budget? 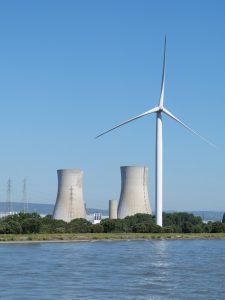 As the name suggests, a producer produces the energy that will be consumed by households and businesses. In Belgium, there are only producers of electricity because we have no gas resources. Gas is extracted abroad and imported to our country.

In November 2017, electricity was still being produced mainly (over 74%) by conventional means such as nuclear power plants (40%), combined cycle gas turbines (33%) or even the coal plants. As evidenced by the energy mix in our country, the rest of the electricity comes from plants that use renewable energy sources such as biomass power plants, hydroelectric power stations and wind farms or solar parks.

In Belgium, the biggest producer of electricity is ENGIE (previously know as ENGIE Electrabel. The company has a production park spread across some 85 sites and 200 production units. The goal is to diversify as much as possible in order to ensure a continuous supply of energy to customers.

The supplier, which is not necessarily a producer, is the first name that you see on your bill. This makes sense since it is the supplier who sells you the energy you consume. Today, there are around 20 different suppliers in Belgium. This large number is due to the opening of the energy market to competition allowing consumers to pay less if they compare prices. Having found the most attractive energy deal, you simply become a customer of the company marketing it.

Among the best-known companies are the designated or historical suppliers (present directly after liberalization): ENGIE, Luminus and Essent. Then others appeared gradually on the market: Lampiris, Eneco, Octa+, Mega…

Suppliers can offer electricity or gas or both. They can also operate in one or more regions. To do so, any potential supplier must obtain a supply licence, issued by a regulatory body beforehand, based on specific and strict criteria.

Which energy supplier suits you best? Find it out with a simulation!
Compare now 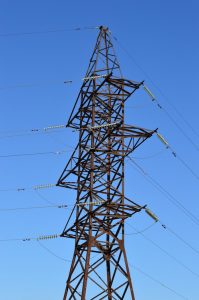 In Belgium, there is an TSO for electricity (Elia) and another for gas (Fluxys). This business is not subject to competition, which is explained by the colossal investments needed to implement a system. So, it makes sense to pool their usage by the largest possible number of consumers.

The roles of the TSOs are to carry electricity from power plants and gas from the Zeebrugge LNG terminal and the different delivery points to the distribution networks or straight to industrial customers. For your information, during this stage, the electricity is routed under high voltage and gas under high pressure. In addition, the TSOs are also obliged to ensure the overall balance of the network (continuous balance between production and consumption).

European transport networks are interconnected, and so there are links and constant exchanges of energy between neighbouring countries. The cost of electricity transmission can be easily appreciated in the sense that it appears directly on your bill.*

These are the last stakeholders in the delivery of energy. They liaise between the Elia and Fluxys transmission networks and private dwellings. How? Via medium and low voltage/pressure networks which they manage as well as construct. This means that in the event of problems with your energy meter or power failure, you should contact your DSO (and not your supplier). The same applies if you wish to connect your house to natural gas or electricity.

Can I choose my distribution operator?

The DSOs are regulated and controlled by each municipality individually. Therefore they enjoy a monopoly situation in the region attributed to them. So you depend on a specific DSO according to your address and cannot choose it.

Since it is the DSO that establishes the peak and off-peak hours, the night rate does not begin at the same time in all Belgian municipalities.

Note that the different costs associated with your DSO are set out in detail on your bill.

Which is my DSO?

You can easily find your DSO by entering your postal code in our distribution system search tool. 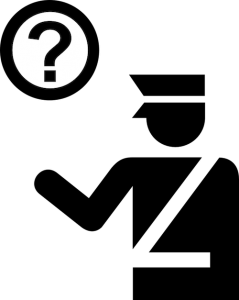 Some actors enjoy a legal monopoly status, and so bodies have been created to control and regulate the energy market. To some extent, they play the role of energy police.

There are three regional regulators:

And a federal regulator: the Commission for Electricity and Gas Regulation (CREG).

The roles of the regulators are to:

In Belgium, there are several mediation services. One is federal, the Energy Mediation Service, and the others are regional. Their aim? To deal with the complaints of consumers in dispute with their supplier or DSO and fail to reach a friendly solution. To do so, they study each case and if they feel the application is admissible, they will help the customer to solve the dispute. However, these organizations have no legal power. Therefore, they cannot force the market actors to follow their recommendations. It is therefore up to the complainant to begin legal proceedings.

In conclusion, the consumer only has leverage with one actor in the energy sector: the supplier. This limited room for manoeuvre must not be overlooked! Indeed, rates between different suppliers, or even between different rate plans from the same company, may often be substantially different. So, do not hesitate to compare energy prices every year and if necessary to cancel your current energy contract to take out a better one. You can perform these comparisons in just minutes and they will provide the most suitable deal for you.

* You will have noticed that for gas, the transmission charge does not appear on your bills. This price is included in the one indicated by your DSO. However, since 2015, the Creg demands that suppliers also display the cost of transporting gas directly on your bill.

Compare your energy offers and cut down your bill now !

/5 out of votes
Let's compare now