Antargaz supplies propane and butane gas in tanks and bottles, as well as natural gas and green electricity. It operates across Belgium, and promises to offer a competitive price all year round. 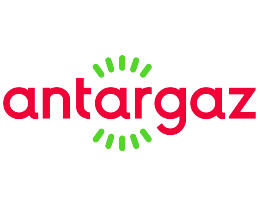 Antargaz, the Belgian subsidiary of an American group

Antargaz belongs to the US group UGI Corporation, which specialises in the distribution and marketing of butane, propane and natural gas.

In the 1990s, the US company continually expanded its domestic market. On the strength of this national success, it decided to set up in Europe and, in 2004, it bought Antargaz in France (formerly a subsidiary of the oil company Elf, which was itself absorbed by Total).

Today, Antargaz is one of the major players in the LPG (liquefied petroleum gas) market in France, with Butagaz, Primagaz and Finagaz, formerly Totalgaz. This former subsidiary of Total, which specialises in the sale of butane and propane gas, was bought and renamed by UGI in 2015. In this way, Antargaz’s parent company continues to strengthen its leading position on the LPG market. Number one in the US and Benelux, the UGI Group is present in 16 European countries, where it occupies a prominent position.

A customer service presented as responsive and of high quality

Antargaz wants its customer service to be easily accessible in order to give its customers peace of mind. To achieve this, it promises to answer customer queries as quickly as possible. These can be submitted by telephone or email, or via a contact form on its website.

The company has also created “Mon Antargaz”, a personal online portal where customers can access their contracts and personal data and make amendments if necessary. This may be necessary, for example, when moving house.

In addition to wanting to be accessible, Antargaz is committed to honesty and transparency. The company therefore promises to “make what looks complex understandable” and to “build a lasting relationship” with its customers. For this reason in particular, it indicates on its bills how the gas prices are calculated.

Bills can be sent by email or post and can be paid by bank transfer or direct debit, depending on the customer’s preference.

Green electricity and all forms of gas

In Belgium, Antargaz specialises in the distribution of gas in tanks and bottles as well as natural gas. However, since the end of 2018, the company has also added a new service: supplying green electricity.

All of these products are aimed at private and business customers. It is important to note, though, that, for natural gas and electricity, Antargaz serves only private Flemish and Walloon customers. However, households in Brussels can approach other energy suppliers operating in their region.

To supplement its offer, Antargaz now offers a green electricity contract. Here, the supplier chooses to keep things simple by offering a single package: an open-ended, variable-rate contract. This means that the price charged to the customer varies throughout the contract period, changing every three months.

Every month or every three months, the customer receives a provisional bill based on their previous consumption and the estimated consumption for the coming year. At the end of 12 months, they receive the final bill. If they have paid too much, they are reimbursed for the difference, but if they have consumed more than anticipated, they must pay the difference.

To differentiate itself further from its competitors, Antargaz chooses not to offer temporary promotions, focusing instead on “guaranteeing low prices year round”.

But does this strategy really mean that it can offer the cheapest electricity on the market? To answer this question, you need to compare prices regularly, since the Antargaz rates are indexed every month.

Antargaz is a gas specialist. Understandably, therefore, it offers its customers natural gas. The distributor also claims to offer lower prices than those of its competitors over the long term. It argues that this is possible due to its low margins, rather than to any initiatives or temporary promotions. In fact, it rejects such practices, as it does for its electricity product as well.

However, it is still advisable to check that the prices offered by Antargaz prices are the lowest before signing a contract, even if the contract can be cancelled at any time. To do this, the best solution is to compare the deals offered by all the natural gas suppliers. Nothing could be simpler, especially as Antargaz only sells one product, at an indexed rate.

Did you know? Households that are not connected to the natural gas network can still use gas for cooking or heating by installing an underground or aboveground tank. Antargaz takes care of this type of installation and provides its customers with a comprehensive service.

Antargaz also sells a wide range of bottled gas. Containing butane or propane, with small or large capacities, made of composite material or metal, these bottles can be connected to a variety of appliances, such as a barbecue.