Elegant is a supplier of green electricity and natural gas operating only in Flanders. This company sets itself apart from its competitors by only offering variable prices for its energy contracts. 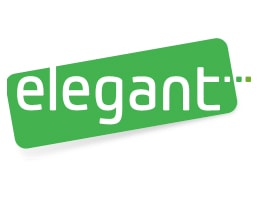 A Flemish supplier with strong values

Elegant is an energy company that was founded in 2012 by Maarten De Cuyper and Stijn Lenaerts (who also launched GreenFever). It supplies electricity and natural gas only in Flanders at present, and it targets businesses as well as individuals.

Despite its modest means and limited area of activity, the company clearly intends to prove that it can become a major player in the Belgian energy market.

Priority given to local development

Elegant positions itself first and foremost as a local green energy supplier. As a result, it is determined to stress its Flemish origins.

With this local positioning, it is not surprising that the company openly criticises the domination of the multinationals. It accuses them mainly of preventing the competition from operating effectively, to the detriment of the local economy. It also frequently points out that many suppliers in Belgium are actually foreign or are owned by foreign shareholders (e.g. ENGIE, Luminus, Lampiris). In this sense, Elegant agrees with the other 100% Belgian suppliers, such as Octa+, Mega and Energie 2030, which are also working to develop a “more Belgian” energy sector.

To attract Flemish consumers, Elegant pays particular attention to simplicity and transparency. The company’s name is no accident: according to its founders, the word “elegance” evokes “the beauty of simplicity”.

In practice, the company’s aim is to demonstrate that supplying energy is not nearly as complex as certain traditional gas and electricity suppliers suggest. For that reason, it seeks to clarify its own purposes.

It states that it focuses on what is essential: production, purchase and procurement. Specifically, it produces renewable electricity from solar energy, but in fairly limited quantities. To make up for this shortfall, it obtains some of its electricity from a variety of producers. But it does not work with just anyone. Indeed, as proof of its desire to invest in the local economy, it ensures that these producers are Flemish.

However, Greenpeace appears to have some reservations about the company. The NGO has criticised Elegant for its lack of investment in new production capacities. Nevertheless, environmentally-aware consumers can feel reassured. According to its energy mix, Elegant mainly supplies energy from wind power, as well as biogas and biomass.

A close relationship with its customers

Elegant has decided to make customer service its key asset. To achieve this, it promises to offer personalised, effective customer care. In other words, it has to be impeccable.

So each customer will always deal with the same adviser. This reassures the customer that their contact person is well acquainted with their file. The customer can also be certain that they are in direct contact with the supplier rather than a large, impersonal call centre.

Finally, for internet enthusiasts, there is “Mijn Elegant,” a 100% web-based customer space, where customers can view their energy bills, amend their personal data and adjust the amount of their gas and/or electricity instalments.

Having an internet connection is also recommended because, by default, Elegant sends all bills and other documents by email. Communication by post is still possible at extra cost. As for payment methods, direct debit and bank transfer are both available.

In keeping with its values, Elegant does not have multiple complicated pricing plans. In fact, the Flemish company offers only two energy deals:

It couldn’t be any simpler or more direct!

What both these products have in common is that they offer a variable price for one year. As a reminder, the main feature of this type of tariff is that it is indexed every three months.

Elegant justifies this choice by pointing out that this type of rate is cheaper than a fixed rate because choosing security costs more. Energy suppliers ensure that they do not lose out if wholesale prices increase. However, with a variable rate, it is the customer that bears the risks associated with a price increase on the international fuel market.

To find the best gas and electricity deals with fixed or variable rates at the moment, the most sensible thing to do is compare the prices of the different energy suppliers.

It is worth noting that Elegant has decided not to offer special deals to new customers during the first year of the contract, unlike other suppliers.