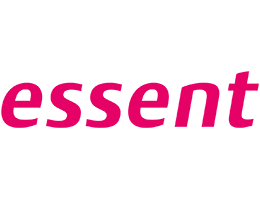 From now on, supplier Essent belongs to energy giant Luminus. It will therefore no longer supply energy on Belgian territory.