“100% green electricity” is what most energy suppliers offer. Yet this term encompasses subtleties that are sometimes more grey than green, made possible through a questionable label system. So are environmentally-aware consumers being deceived? This is a matter of debate but, fortunately, there are also some far less controversial options which are detailed below.

When comparing electricity deals, there is one factor that hits home for a growing number of consumers: whether the deal is green. And rightly so as, every day, increasing numbers of Belgians are becoming aware of their environmental footprint. The impact of mankind on nature is alarming – we are responsible for both the deterioration of ecosystems and the decline in biodiversity – but we can all take steps to eliminate the problem in whatever way we can. This includes consuming less, and more sensibly, in order to reduce waste, leaving the car at home in favour of public transport, and turning to renewable energy.

So taking out a green electricity deal would naturally appear to be an appropriate solution for many Belgian households. But what does this type of product actually involve? How can energy suppliers offer renewable energy when they do not produce it? The answer is found in the system of guarantee of origin labels, which is often accused of bordering on “greenwashing”.

What is a green energy deal?

Before addressing the issue of guarantee of origin labels, it is worth mentioning, firstly, what a 100% green energy deal is and what it involves. It is a deal in which the electricity sold by the supplier has been produced solely from renewable sources. This clean electricity can come from:

These all have the same characteristics: they are inexhaustible and they do not generate any waste during electricity production.

So there are a number of ecological alternatives, but the workings of the energy distribution system dilute the positive effect. When you choose a green energy deal, remember that the electricity you receive will not necessarily be strictly from a renewable source.

Choosing a green electricity deal but being supplied with grey energy is inevitable.

How is this possible? It is actually quite simple: in our country, there is a single network that collects the electricity from all the energy producers. In other words, renewable electricity is combined with electricity from all other sources, such as nuclear and fossil fuels (coal, oil, natural gas). As a result, all Belgian homes receive the same electricity: it is impossible to differentiate it as it comes out of the socket.

So the only way to be sure that you are contributing to sustainable development is to take an interest in how the electricity sold by the green energy suppliers is produced.

Yes, that’s right! Even if it sounds contradictory on paper, it is perfectly possible. Green electricity suppliers who do not produce enough, or indeed any, renewable electricity are under no obligation to have or to build their own renewable energy facilities. In reality, marketing such deals only requires them to buy exactly the same amount of green electricity as you consume. 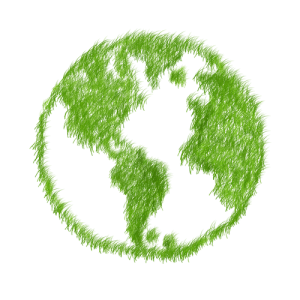 To do this, they approach green electricity producers whose facilities are located primarily in the Scandinavian countries, which enables them to obtain European certificates known as “guarantee of origin labels” (GOLs). The purpose of these GOLs is to certify the green origin of the electricity subsequently distributed to the end customer. These suppliers then simply have to obtain the label in order to greenwash their balance sheet. In this way they can legally state that their electricity is 100% green.

The regional regulators (the CWaPE in Wallonia, the VREG in Flanders, and Brugel in Brussels) ensure that the renewable electricity suppliers do actually comply with the European traceability system. To do so, they subject them to two rules. Firstly, the suppliers must submit to the authorities each year the GOLs for the green electricity sold during the previous period. Secondly, they are required to provide a monthly list of customers supplied with renewable energy.

Based on these two pieces of information, the regulators can then calculate the number of GOLs actually expected. They can therefore check that as much green energy is being produced as is sold.

So, is being eco-responsible an impossible task?

If the majority of providers are simply buying the “green colour” of electricity produced elsewhere, is this not just a sham? Fortunately not.

By taking out a green deal, consumers are certainly supporting the renewable sector in Belgium. Nevertheless, this support is perhaps not as significant as they might expect. It is worth noting, however, that they are also helping to achieve the objectives imposed in Europe, which in turn helps to accelerate the transition to sustainable energy.

And if they want get even more involved, they can always find out about the supplier’s environmental policy by visiting the Greenpeace energy supplier ranking. By ensuring that their supply comes solely from green producers, they can be certain that their money is going to a cause close to their hearts: protecting the planet! Unsurprisingly, it is the wind cooperatives such as Aeco that allow consumption to be as green and as local as possible. It is also worth noting that some more traditional energy suppliers/producers, such as Eneco, emerge with quite a good rating.

Still wondering which electricity provider you should choose to protect the planet? Our advisors can help you find the one that is best for you. Please call us on 0800 37 369 or contact us by email (info@ comparateur-energie.be).

Call one of our advisers Free of charge - No commitment

How much does green electricity cost? 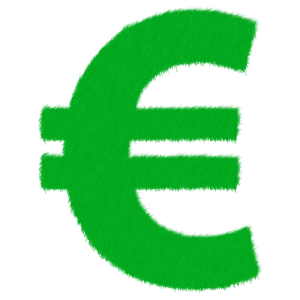 Let’s be honest: green electricity deals are generally more expensive than standard ones. This is because nuclear power is cheaper than solar or wind power, which, for now, are not as profitable. This is due to their high operational costs and investment levels.

In practice, the additional cost of green electricity often results in a higher annual charge. This upward trend also applies to the kWh price of electricity but, here, there are two differing practices. Some suppliers, such as Engie, merely indicate in their tariff structures the supplement payable to support the production of renewable electricity.  It is then up to the consumer to add this amount to the standard price of the deal. Others have chosen to design “green products” outright by adjusting the rates accordingly.

Nevertheless, reconciling savings and environmentally-responsible consumption is still feasible. There are a number of habits you can adopt on a daily basis that will help you reduce your consumption and therefore your electricity bill. For example, you can replace your old light bulbs with more economical ones and switch off appliances you are not using!

And does renewable gas exist?

Natural gas is far from being a renewable energy source. The reserves of this fossil fuel found naturally in the Earth’s subsoil are gradually dwindling because they are being used far too quickly compared to the length of time they need to recover. In addition, depending on the depth and type of the deposits, gas exploitation can be highly polluting, although less so than coal.

There is no magic solution to compensate for the often disastrous consequences of gas exploitation for the environment. The primary aim of the extraction techniques is clearly not to protect the environment. So, to attract ecologically-minded consumers, some gas suppliers have decided to market carbon offset natural gas deals. The principle here is that, as they are unable to avoid producing CO2, they pledge to offset these emissions by supporting environmental projects somewhere in the world.

In the Belgian energy market, Mega is involved in such action through a partnership with CO2Logic. The supplier, through its “Ecogaz” deal, promises to provide funding for projects, including United Nations-certified projects, at a level equivalent to its customer’s gas consumption.

Finally, it is also important to mention the development of biogas, which is gas produced from the fermentation of organic matter. This is a promising form of clean energy but it is still expensive to produce at present. So we will need to wait a while for the production techniques to be perfected before biogas can truly compete with natural gas.