Energy mix in Belgium: where does our electricity come from?

We all consume electricity, but do we always know how it is produced? What does the energy mix consist of in Belgium? And what is it, exactly? Can a change in the mix influence your electricity consumption? We’re going to delve into the subject to clarify it for you.

First of all, it is important to remind ourselves what we mean by the energy mix. It is the breakdown of the different sources of energy used in the production of electricity. For this reason, we also sometimes talk of the electricity mix.

There are many such energy sources, but they can easily be classified in three main categories:

Get more tips for your energy consumption! Subscribe today to the newsletter. Receive our experts' advices to reduce your energy bills.
I subscribe now Receive a selection of our best tips every month

The energy mix in Belgium for 2020: the results according to the energy statistics from Elia

In Belgium, nuclear is the dominant energy, followed by gas, then wind (onshore and offshore), and finally solar. The other energy sources are more anecdotal.

Every year, Elia, the electricity transmission network operator in our region, publishes its statistics on these sources of electricity.

When the two years are compared, several factors stand out:

Although nuclear production remains the number one source of electricity in Belgium, it can be seen that its importance in the energy mix is declining sharply. As proof, whereas in 2019 this energy source represented 49% of the mix (in other words, 41 TWh), it represented only 39% in 2020 (in other words, 32 TWh). There are several reasons for this fall in production, including the planned and non-planned changes to several reactors, and in particular the rapid growth in renewable energies.

Wind and solar energy are becoming increasingly vital for our electricity consumption. Specifically, the production of these energies was around 19% of the energy mix in 2020, whereas it was 14% in 2019. This growth is due mainly to the development of offshore wind turbines.

As a result of the new installations, renewable energy in Belgium has broken a number of records:

A new record was achieved on 11 May 2020 (at midday), with absolute production of 5,824 MW from wind and solar combined.

Wind production from the new offshore turbines totaled 681 GWh for October 2020, far exceeding the previous record of 616 GWh in December 2019.

The onshore wind farms produced 629 GWh in February 2020, outstripping the previous record of 499 GWh in December 2019.

Continuing stability for the other energy sources

Lastly, the proportion of electricity produced from gas also seems to be on the rise, increasing from 27% in 2019 to 34 % in 2020. However, in its report, Elia states that this difference is mainly due to a new calculation methodology rather than an actual increase in gas production. That is why the transmission network operator accompanies its note with a graphic that also corrects the “gas” category level for the previous years in accordance with the new methodology. It can therefore be seen that this source has remained stable over the years.

Even amounts of electricity imports and exports

In 2019, Belgium was at overcapacity and its net electricity exports were 1.8 TWh – for the first time in almost 10 years.

In 2020, the situation was slightly more even, but its net exports remained positive, totaling 0.2 TWh. So there have not been any significant imports of electricity, despite lower nuclear production. There are essentially two reasons for this:

How will the energy mix evolve?

The energy market is in a state of upheaval, so there’s a good chance that the current energy mix in Belgium will change dramatically in the coming years. Yes, but how? As yet, no one knows. With the phasing-out of nuclear power planned for 2025, the European commitment to become carbon-neutral by 2050, and the environmental requirements specific to each Region, nothing is set in stone. In any event, one would logically expect the climate emergency to lead to an increase in the share of renewable energy. But will the country really be dependent only on wind and solar one day?

Nuclear energy involves some well-known risks: the problem of radioactive waste, the risk of catastrophic accidents (as history has taught us), the treatment of the water used by the power station, and so on. It might, therefore, be thought that Belgium had settled the matter long ago, since Belgian legislation has provided for the phasing-out of nuclear power by 2025. However, in reality, things are much more complicated.

As the energy mix indicates, the country is still heavily dependent on this energy source, although its importance reduced in 2020. If we have to live without nuclear, we will need to arrange an alternative source to cover the country’s electricity consumption. One of the solutions currently being considered is the construction of additional gas power stations. The problem is that gas power stations emit a significant quantity of CO2, which is not the case with nuclear power stations. If Belgium wants to meet its environmental objectives, this would not be the best choice. There is still the possibility of importing electricity from neighboring countries. But, here too, this would involve a major disadvantage, that of greatly increasing the electricity transmission cost.

It would seem, therefore, that there is no ideal solution and that we will need to accept the “lesser of two evils”. We now need to decide which one to choose… Unless renewable technologies can save the day?

The increasing importance of offshore wind

Are there auspicious winds blowing in from the North Sea? In any event, it is clear that offshore wind is becoming increasingly important for Belgium. Projects are springing up everywhere, run by civic cooperatives and established institutions. It seems that these giant turbines have a bright future on the Belgian coast, bolstering the energy transition.

The question, now, is how to optimize production. Whether onshore or offshore, wind turbines depend on an unreliable meteorological element. If the wind is calm, there is underproduction, and when it is windier, there is overproduction. This phenomenon is not necessarily very beneficial, since electricity is still difficult to store. But solutions are gradually emerging, such as the Fluxys-Colruyt green hydrogen project.

But, eventually, could Belgium have a 100% green energy mix? Ideally, it should. In reality, the means still seem very limited. Some say that Belgium does not have the resources to function entirely on renewable energies (not enough sunshine for solar, wind levels too unreliable for wind, geography not suitable for hydroelectric, etc.). Nevertheless, it seems inevitable that renewable energies will become increasingly significant in the coming years, and may even represent the largest share of the Belgian energy mix. So it is highly likely that the records will be beaten again in 2021.

And where does the consumer stand in all of this?

The composition of the energy mix has little direct influence on consumers. Given that all the production sources route their electricity to the same transmission and distribution network, the electricity you consume at home is irrelevant, whatever proportion of nuclear or renewable it contains.

An impact on your future bills?

It is worth noting, however, that if the country’s electricity production is lower than demand overall, that could increase your final bill.  The impact will generally be minimal since the cost of the energy as such represents only part of the price you actually pay.

However, it is important to pay attention to the extreme situations in which certain power stations might be forced to shut down for several months or in which the country is threatened by an electricity shortage. If that happens, the final bill could rise considerably.

You can make a difference

Finally, although consumers are not really affected by the energy mix, they may be able to influence it. The options available include installing photovoltaic panels or choosing a green supplier.

By clearly demonstrating their desire to consume electricity from renewable sources, consumers will force energy producers to address this trend. As a result, they will have to come up with more initiatives in this area. This could resolve some of the obstacles or misgivings in relation to investing in green electricity production.

The electricity suppliers do not always control the production aspect, apart from those that are producer-suppliers, such as ENGIE or Luminus. As a result, many of them construct their own energy mix by purchasing their electricity from a variety of producers based on their own needs and strategy. This means that the mix can vary greatly from one supplier to another. They then offer it to their customers through clearly defined deals.

This is where you will need to be careful that you are consuming entirely renewable energy. Some suppliers may offer you “100% green” deals by purchasing “guarantee of origin labels”. However, these labels simply mean that part of the electricity provided comes from a renewable source. They do not guarantee that all the electricity is green. It is also difficult if the supplier in question has an energy mix composed mainly of fossil fuels or nuclear energy. Note that you can always check your supplier’s energy mix on your bill.

However, not all suppliers are “grey”. In fact, there are many whose deal is composed mainly, or even entirely, of truly green electricity. This is particularly the case with the green cooperatives (Cociter, Energie 2030, etc.) or Eneco, which invests heavily in wind energy.

>> Read also: Who are the alternative energy suppliers and how are they shaking up the market?

Conclusion: it’s up to you to adapt to this turning point in the energy transition

The energy mix in the Belgium of tomorrow cannot be the same as it is today, and we are definitely at a pivotal moment in the energy industry as we know it. Nuclear energy, despite its advantages, still has too many safety concerns. Fossil fuels are no longer relevant in the current climate context. And renewable energy is still in its infancy.

Nevertheless, things are changing. Slowly, but surely. Perhaps the time has come for you to change as well. For example, you could start by producing part of your electricity using photovoltaic panels, or simply choosing a greener supplier.

To ensure that this is not at the expense of your budget, you can use our price comparison site, which includes the renewable element in your search criteria. If you would prefer to have some personal guidance, please contact one of our energy advisers on 0800 37 456 to discuss your situation.

Only on Energyprice.be: discover all the suppliers' promotions!
Compare now Up to € 275 savings on your yearly bill
Respond! 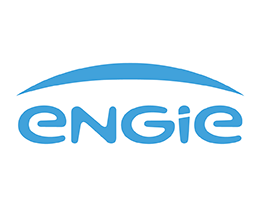 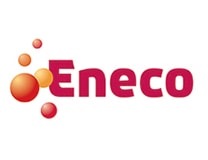 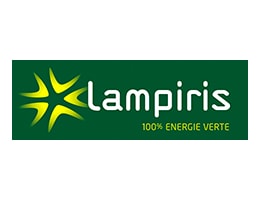 Worth of the electricity + gas promotion

Compare your energy offers and cut down your bill now !